Just because someone lives and works in Japan doesn’t mean they are instantly fluent in Japanese. I’ve heard of people who have lived in Japan for a year without even learning hiragana or katakana. The worst case I met was a man who lived in Japan for 17 years and only knew how to order beer!

You might be living in Japan but that doesn’t mean you can become fluent without any effort. 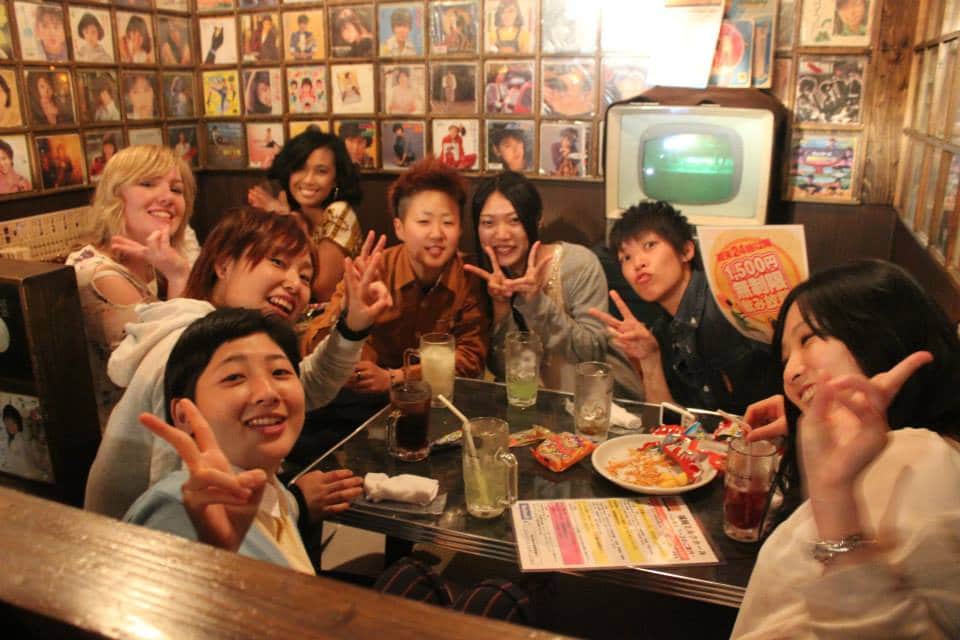 If you live in Japan, or are going to live in Japan, want to learn Japanese, and are willing to put effort into it, then you can become fluent very quickly.

There are a lot of websites, articles and YouTube videos all about learning a language effectively. So many different resources, techniques and advice for learning languages in a variety of ways! This makes learning a bit overwhelming for beginners.

Over the years I have been helping people learn Japanese I’ve found that everyone learns differently. Not just because we all learn different but because we have different goals.

This article is for:
– People who know little to no Japanese.
– Live in Japan or are moving there soon.
– Want to be able to communicate fluently.

If you are going to live in Japan your main goals will probably be:

Number 1 is definitely the most important when you’re starting to learn. If you apply yourself, you can become fluent in daily spoken Japanese within 3-6 months of living in Japan.

This article will look at how to communicate in spoken Japanese. But through studying how to speak Japanese you can begin to learn the basics for being able to understand written Japanese!

You might be overwhelmed by the idea that Japanese as 3 alphabets and 2000 kanji and a grammar structure that’s different from English.

Stop. Don’t worry about all that. Japanese is actually simple (compared to English) and easy to grasp.

You don’t need to know every single Japanese word to be able to communicate in Japanese.

You can start speaking Japanese with just some basic grammar and around 1000-1500 pieces of vocabulary.

You can then use these basics to learn more which leads to communicating more and better.

I think the best way to learn quickly as a beginner is to study the language through mnemonics. Associate words with images or situations you understand.

For example, douitashimashite is a polite way of saying “you’re welcome”. It seems like a really long and hard to remember word until you think of it as “don’t touch my moustache”: dou i tashi ma shite.

Spaced repetition is also really important. You will probably forget a vocabulary or kanji a few days after you’ve studied it (unless your brain is a sponge). So practicing the same things regularly is key to remembering them in the long term.

The tool I recommend for mnemonics and spaced repetition is Memrise. A free online spaced repletion flashcard program. You can create your own vocabulary lists and use course and decks other people have made. I have made a large number of Memrise decks for Japanese learners, a few of which I like are below.

Ultimately, it’s best to research the resources you think will work best for you.

Hiragana and katakana (the kanas) are the two core alphabets of Japanese. What I really like about them is that they are phoneti 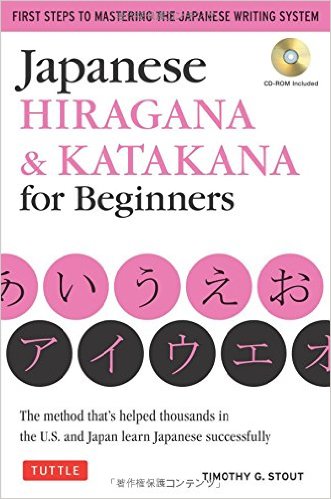 c. So you read the kanas as they are written.

I suggest learning these in combination with vocabulary rather than just learning them on their own. I find it’s a lot easier to understand them, their pronunciations and uses when learned in context on vocabulary.

There are lots of resources online and on amazon you can research to see what would be best for you.

If you don’t want to search though I recommend: 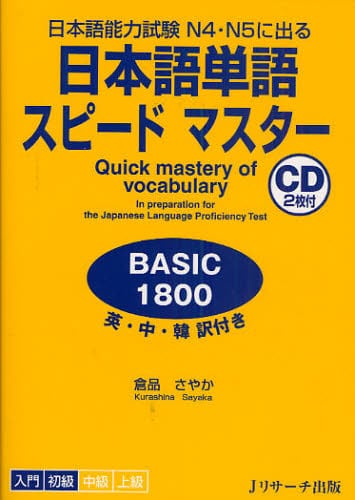 Around 1500 vocabulary is actually how much vocabulary you need to know for the Japanese Language Proficiency Text or JLPT N4 (the second lowest level). I’m not saying you need to take this exam, but you can get resources for N5 and N4 to help build up your vocabulary.

As the first 1500 vocabulary consists of the most common Japanese it’s very easy to find resources for learning these. There are lots of places online you can get access to them for free or you can buy books.

Around 250-280 is the basic kanji you need to learn for JLPT N4 level. If you’re only worried about speaking Japanese, you don’t have to focus so much on kanji.

BUT kanji is still very useful for everyday life. You need a good grasp of the basics to be able to understand the more advanced kanji you’ll come across in important situations, like bills.

Again there are lots of books, online resources and apps you can us to study Kanji.

Beginner’s Japanese grammar is like a math formula. Such as “_ x _ = _” the meaning of the formula changes depending on the numbers. Similarly, in Japanese you have particles which are used in specific ways, such as “_ wa _ ga _ desu”, and it’s the words around them which change the sentence. 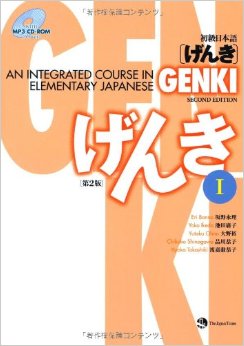 I explained this more on my website Japanese Talk Online, where I showed how to make very basic sentences. It’s so easy to make all kinds of sentences when you know how the sentences are structured.

If you want to learn more grammar I suggest:

Once you’ve studied (or even better, while you’re studying) the basics of Japanese you should be equipped with the tools to begin speaking Japanese.

The following are techniques you can use to improve your speaking. I suggest using a mix of all three. If you live in Japan, then using these techniques on a daily basis should be easy.

The combination of regular study AND using Japanese through speaking is the key to becoming fluent in Japanese within 3-6 months.

Practice Speaking on Your Own

Practice speaking on your own is the best place to start. It helps to practice saying words in Japanese as you study. Many books and online resources come with audio files of Japanese people saying the word so you have an idea how they’re pronounced.

I also find it’s useful to watch a lot of Japanese media (online videos, news, shows etc) so you begin to get familiar with how Japanese sounds and how certain words are spoken.

You can find speaking partners or teachers in your town or online. You can do this through websites like MeetUp and italki, or find local teachers and classes. Each area is different so you’ll have to do some research to find some people to talk with.

Teachers will focus on you and your Japanese. Speaking partners are not teachers and they will often want you to speak English with them too. I suggest having a set time where you both only speak Japanese followed by a time when you only speak English.

I also suggest emphasizing with your teacher and speaking partner that you want to practice speaking. You can then use the sentences you’ve prepared and practiced to begin have a conversation. Never be afraid to read off the paper or look up words. You don’t need to be able to speak from memory at this point.

If your teacher or speaking partner paraphrases your Japanese back to you, they are probably saying it in a more natural way. Listen and make note of what they said so you can pick up more natural Japanese.

Make notes of new words and sentences that come up so you can study them later.

You can still do this when you’re in Japan. Even after learning Japanese for 10 years I still meet with a Japanese teacher through italki because there’s always something new to learn.

When you’re living in Japan you will be surrounded by Japanese on a daily basis. It’s very easy to tune everything out. Don’t! Take it all in. Watch TV, listen to adverts and random conversations. 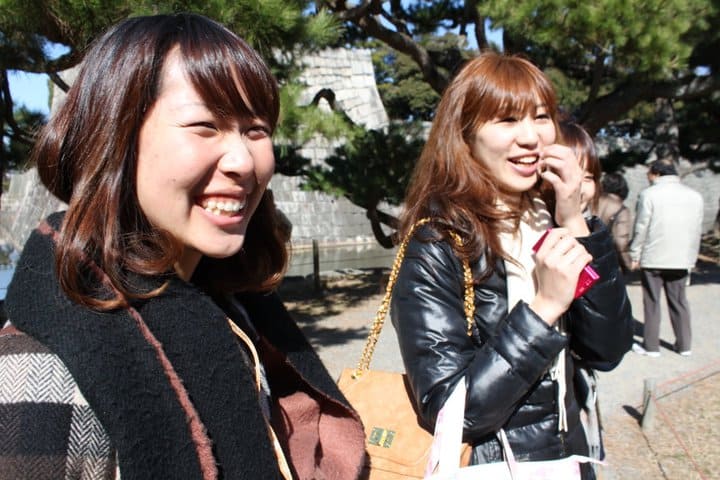 Also try to speak Japanese with your coworkers and friends, even if they’re English! It’s very easy to speak English with other foreigners in Japan, but everyone should be learning Japanese and use it with foreign friends is great practice for both of you!

If you are a language teacher you will probably be asked not to speak any Japanese at work. Respect the wishes of your employers. This doesn’t mean you can’t go out with your coworkers outside of school and speak Japanese with them!

You can also try and find local clubs, volunteer groups and meetups about things non-language related. This is a great way to meet people who are interested in the same things as you, make friends and engage with the community.

A friend of mine teaching in Japan joined a local yosakoi (traditional dance) group where she met a lot of interesting people and got to learn some amazing dancing.

A good balance of studying Japanese and using Japanese really is the best way to learn the language quickly and effectively.

If you’re living in Japan, it’s incredibly easy to utilize the opportunity to become fluent in Japanese. If you work hard and push yourself to try new things, you will reap the rewards.

Languages are tools to communicate with others and it can be incredibly enjoyable learning this tool for communication and using it to meet new people and have new experiences. Which is why the most important thing when learning Japanese, is to have fun!

By Jennifer O’Donnell a British English/Japanese Translator who among other thing runs the Japanese Talk Online Blog and has created some pretty useful Japanese Language and Cultural ‘Memrise.com’ training courses. As well as on LinkedIn, in the BIJ Group and at her Blog, you can find Jennifer on her JTalkOnlineBlog Facebook Page!