I’ve been intimately involved with Japan, its business environment, culture and etiquette for the past 14 years or so. I’ve lived here, on and off, for over 5 years. I speak the language (or at least, a very domesticated, casual version of it), and have, in recent years, even had some limited success at reading and writing it (I started learning alongside my 7-year-old son – he’s doing far better).

I’m a founding partner in a Japanese real estate property investment firm. I’ve facilitated purchases of over 150 properties, for my own portfolio and personal use, as well as on behalf of dozens of clients. I’ve guided and assisted (along with my Japanese partners and team members), investors, entrepreneurs, business-folk and even farmers in establishing, maintaining and nurturing their Japanese business relationships. Hell, I’ve even organized and held a garage sale in Tokyo once! (funny story, that, but I digress)

All of the above isn’t meant to show off – merely to drive home the message that, all this fair bit of hands-on involvement would reasonably lead one to claim that “I know Japan”.

Nope. Not even close to it.

And not just because I’m thick as a brick (well, it might also be that), but because there’s simply so much more to learn. Japanese culture, like many of its Asian counterparts, is ancient, complex and has nuances upon nuances upon nuances, with some extra nuances neatly tucked away at the bottom of things – so that just when you think you’ve actually uncovered said bottom, another nuance smiles at you shyly (and politely!) from under the previous ones.

And in Japan’s case, those nuances invariably have something to do with “honour”, “respect”, “manners”, “reputation” and other similar ancient, chivalrous words – words that one would normally expect to read about only in Arthurian legends of knights and maidens, or perhaps in the accounts of Buddha’s path to enlightenment and all-encompassing love – and certainly not in the context of business, investment and real-estate.

Want an example? Something close to home, perhaps? Check this out –

Japanese realtor’s “code of honour” (yes, it does exist, although they’d never dream to call it that), dictates that, once a seller has accepted an offer, regardless of whether they’ve signed anything, received a deposit, or even if the realtor hasn’t yet picked up the phone to report to the potential buyer that their offer has been accepted – from that moment on, NO REALTOR WILL SUBMIT FURTHER OFFERS TO THIS SELLER. And not just equal or lower offers, too – they’ll decline, without batting an eyelid and without even letting their client know about it, higher offers as well. Even if the next offer is set at double the asking price (potentially all but doubling the realtor’s commission as well) – the seller will never hear about it. The prospective client will be politely declined, and informed that “a previous offer has been accepted”. End of story.

And this is not just from the realtor who forwarded the offer – not just from that realtor’s agency – NO OTHER REALTOR IN JAPAN will forward offers on said property, if they’re aware of a previous offer having been accepted. That property simply ceases to exist in their mind (at least until several months have passed, and it goes back on the market, for whatever reason). There’s no law, regulation or legal reason that would enforce this code. There’s no way for anyone to prove that it’s even been broken. And still, they won’t do it. Why? Well, because “it’s not the Japanese way”. A deal is a deal. An agreement is an agreement. One’s word is set in stone.

Strange? Not really. After all, this is the country that disqualified a winning Sumo wrestler from his title, because he – get this – raised his hands in triumph after having won the match. (A grunt and a nod is the most they’re allowed to express at that point). It’s just the way they are, the Japanese. They’re insanely polite, honest to a fault, and for the Japanese born and bred person, there’s just no other way to live and operate in the world – they’ve been taught since birth that society as a whole, and their respective units of work teams, cities, neighbourhoods or families are always above and beyond the individual. There’s no “me” – it’s always “us”.

Of course, this is a generalization. Rotten apples do exist, particularly in Tokyo – but the vast majority of working class folk – consumers, shop staff, small business operators and such, are all but guaranteed to be as honest, helpful and eager to please as one can possibly imagine (and then some). While this seemingly makes cheating so much easier (because nobody would ever suspect it), it just doesn’t happen – or, more correctly, it very rarely does.

Weird, right? It gets weirder. We’ll go into more detail about this particular environment further down the track, but keep this in mind as we carry on, because this aspect of things will surface again and again, even when examining something as cold and detached as – 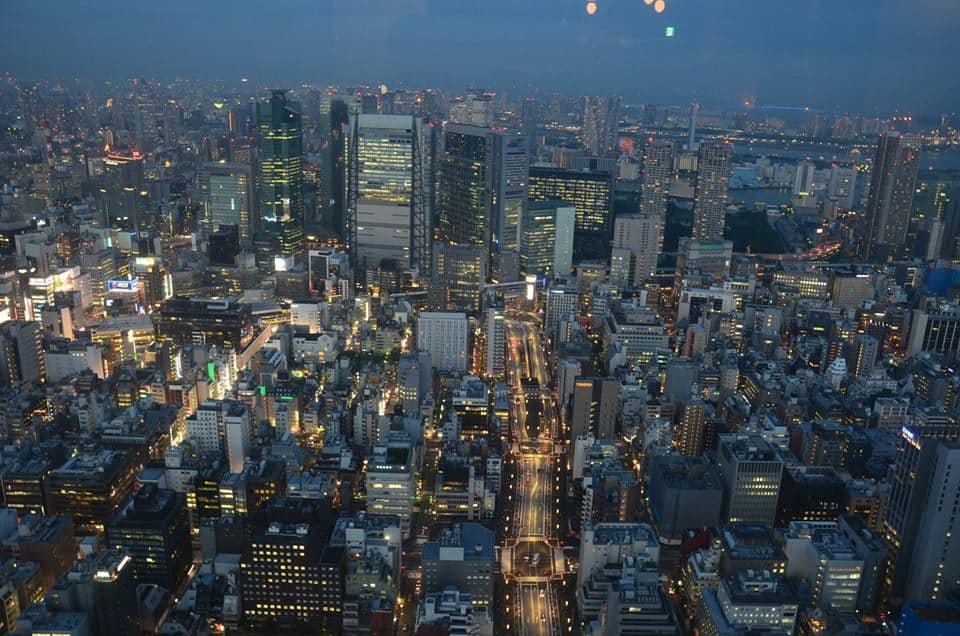 Japan, as a rule and since their latest bubble burst in the early nineties, is NOT a capital gains environment. Prices have been steadily declining at a slow pace between 1990-2013 or so, with the median price bottoming out at about half of what it was at its last peak. The last four years have actually seen prices recovering in big metropolitan centres – enough so for a large and impressive cadre of the world’s biggest players to jump on the Japanese Real-Estate bandwagon (names such as Goldman Sachs, TPG, Fortress Holdings, and Deutsche Bank Group are just a few of those) – but as we’re not in the business of speculation or crystal-balling here, we’ll stick to the facts so far – and the fact is, Japan has negative capital growth (more like a plateau, really, but the super-metropolitan and the super-rural tend to throw things out of perspective, and Japan has plenty of both).

So why is it so attractive? Why do so many of these far-from-amateurish conglomerates pounce at the slightest sign of improvement and potential promise of (slow and steady) capital growth?

Japanese society is, as a rule, highly ethnocentric – they rarely speak English, shun foreigners out of plain shyness and self-consciousness (although they’re very curious about them) – and what this means in practice that deal-mining is not only possible, but is extremely safe and lucrative. In very real practice, you could find (with a bit of informed due diligence) investment opportunities costing as little as 20,000 USD, and yielding up to 12% net pre-tax return – and while in most places in the world you’d either be buying in an outright “warzone” to secure these kinds of theoretical returns, or worse yet, the whole country might be as speculative, unmanageable and outright dangerous to foreign investors– in Japan it simply means you’re purchasing out of the heart of Tokyo, Osaka, and a few other hotspots – places where the typical English-speaking foreigner wouldn’t usually venture. And we’re not talking about lil’ old country towns, either. Fukuoka city, for instance, which is one of the hottest property investments spots in Japan, is home to approximately 1.5 million – roughly the size of Las Vegas.

As a result of this international obscurity, as well as due to the previous two decades of deflation, prices are very, very low in those areas – although rents and vacancies aren’t nearly as low as prices would have you think, and this parity of cost VS return is exactly where you can make your money. And while most Japanese professionals will flat out refuse to do business with you (ethnocentric, remember?), once you find those who will, you’re pretty much set.

Add to this attractive and reliable cash-flow the above-mentioned business and social environment – which in practice dictate, for instance, that a Japanese tenant would never, ever, under any circumstance harm of damage a home intentionally, would never dream of missing the rent unless some true disaster has struck. Another unique example is the fact that some property managers will pay a late tenant’s rent to the owner, in place of the tenant, FROM THE PM’S FUNDS, for several months, while they work to recover it – or pay for renovations and new furniture themselves, then accept instalments from the owners until those costs are covered. The rationale being that, since they recommended the tenant, they take it as their personal responsibility to the owner, who’s entrusted their prized property to their care. And so, in many ways, Japan is really a landlord’s paradise. This in spite of the fact that the law is actually very tenant oriented (more on that, as well, further down the track).

Japan doesn’t care about your overseas income at all – as long as it remains overseas and isn’t remitted into the country, unless you’ve been living here for 5 years or longer – you are taxed only on your Japanese income, which is tax-free until you net about 3,500 USD per annum. Any income which goes beyond that is taxed at a comfy 5%, until you hit about 18,000 USD net p/a – then goes to 10% per yen thereafter. All purchase costs are fully deductable, and losses can be carried forward (which means, in practice, that smaller portfolios are virtually tax-free for the first 4-5 years at the very least – at which point you may wish to recycle your properties, so that you can start the claiming cycle again).

Fairly high – 1.5% of the estimated value of the property per annum – but can be reduced to 0.25-0.5% if you stick to properties under 200sqm (which is where the higher cash-flow is anyway). Bear in mind that official government evaluations are often quite different from market price – in practice, property tax for those smaller, older cash cows usually comes up to approximately 0.75-1.6% of the purchase price.

Is 20%, (doubled if sold within 5 years from purchase). And, again, all purchase and running costs are fully deductable.

* Foreign investors who do not reside in Japan are exempt from local prefecture and municipality taxes, being non-residents. For those of us that do live here, this varies by prefecture and city, but is usually very small amounts.

In the second part of this article we’ll cover Japanese residential property rules and regulations, and what these mean to investors

Ziv Nakajima-Magen is manager of Asia-Pacific at Nippon Tradings International (NTI), which specializes in assisting investors in capitalizing on Japan’s vast property market. He can be contacted at: info@nippontradings.com